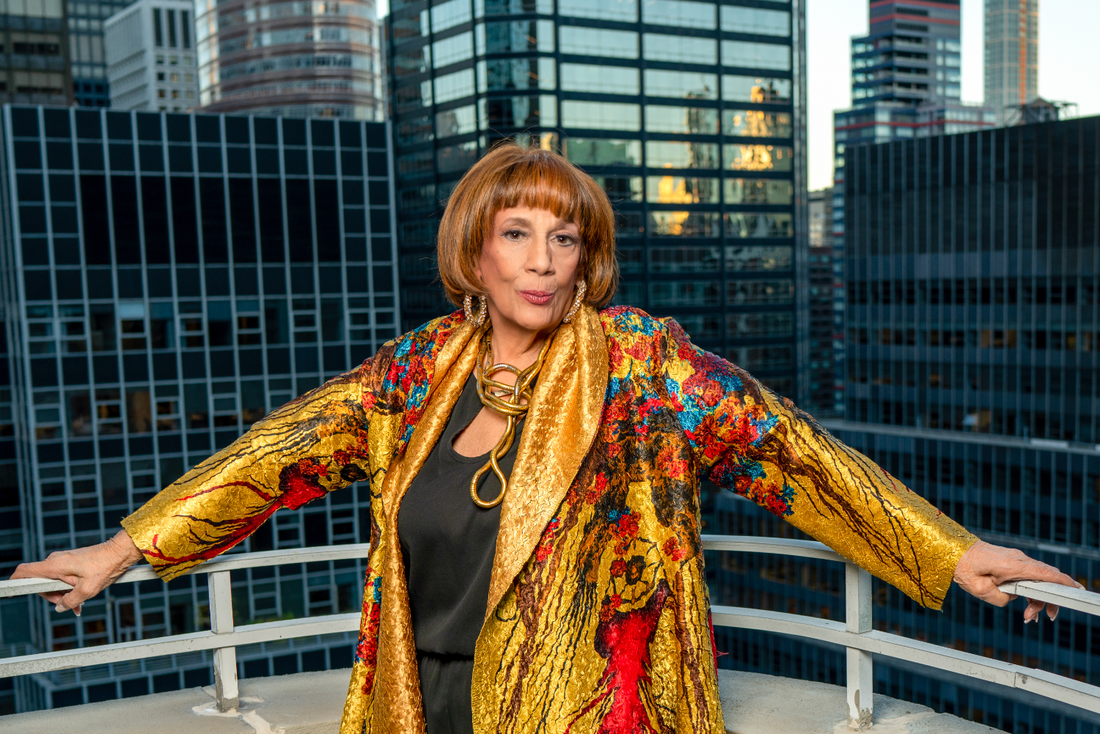 Lucia Kaiser is a two-time Emmy Award-winning Producer whose years of experience scaling the heights of the entertainment industry has won her the respect, accolades, and camaraderie of socialites, business moguls, and celebrities who share her passion for affecting positive change around the country and around the world.

After completing her academic studies at an early age, Lucia began her lengthy tenure on the Johnny Carson show as the first female Executive as the Booker of Talent for The Johnny Carson Show.  She was also President of the first all-women Advertising Agency in New York City (entitled Venus Advertising Agency).  After leaving the Agency, she traveled throughout Europe for about 6 months and when she returned to NYC Lucia became President of Studio Film Exchange, an organization that purchased and marketed Award-Winning Documentary Films.   Lucia is the first and only woman to be President of martial arts legend Bruce Lee’s Hong Kong based Film Company for two years where she negotiated "Enter the Dragon" with Warner Brothers.

​Lucia moved from Hong Kong to Munich, Germany where she met the love of her life Steffan Kaiser and resided there for 3 years.  They then moved to Honolulu, Hawaii where she had an extensive career in TV Production...Winning her two Emmy's.  She was also the first female General Manager of Hawaii’s KGU all talk Radio Station.

​During this momentous part of her life, Lucia brought a remote Larry King Live broadcast for the first time ever to Honolulu, Hawaii.  This tremendously successful broadcast (throughout the U.S. and Canada) had the Governor of Hawaii, Mayor of Honolulu, Don Ho, Tom Selleck and all the celebrities in Hawaii as guests on the show.   It was a turning point for KGU Radio, raising the station from #14 to #4 in the market.
​
​​Lucia was also the only female, at the time, to be Chairperson of the Democratic Party for President Bill Clinton.  She was personally invited by the Clintons to attend both Inaugurations in Washington, D.C.  Her passion for giving a voice to philanthropic organizations has won her utter endearment in the entertainment community, and she maintains professional and personal relationships with the industry’s elite.

Alongside Richard Mondio, Lucia Co-founded the nonprofit organization and national radio program “You Can Make a Difference” (Broadcast to over 200 radio stations throughout the US). The Organization linked individuals with a host of charities dealing with a wide variety of social concerns with a live radio show.  Listeners called-in to help, without having to donate money.  People donated what they could, when they heard about what was needed, by listening to the live radio show.  All donations were given directly to help the poor, the needy, battered women, and many others who were in urgent need.

Kaiser Produced the Emmy and Telly award-winning documentary “Hawaii Files: Journey from Homelessness”, a film that received commendations by the State of Hawaii Legislature, Governor John Waihee, Mayor Frank Fasi, and the City Council of Honolulu.  “Hawaii Files” had a significant effect on Hawaii’s homeless population, resulting in finding homes for 31 homeless families.  Through her extensive philanthropic activities, serving as Chairperson and Producer, Lucia Kaiser brought Mikhail Baryshnikov to perform at a sold-out benefit that raised funds to build a ballet school for children in Hawaii.

​Lucia was also one of the Founding Members of Maui's Film Festival. 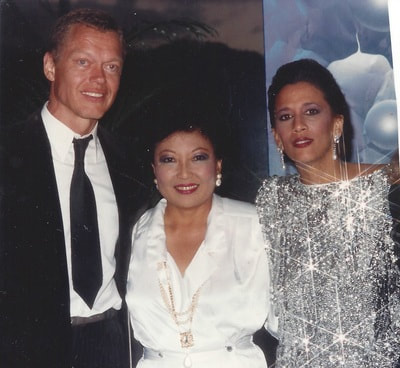 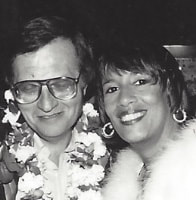 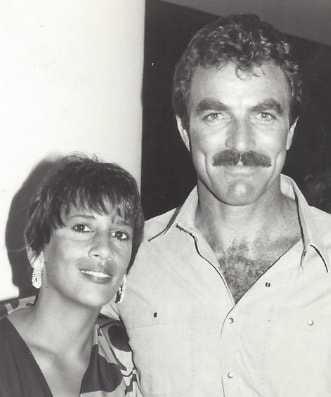 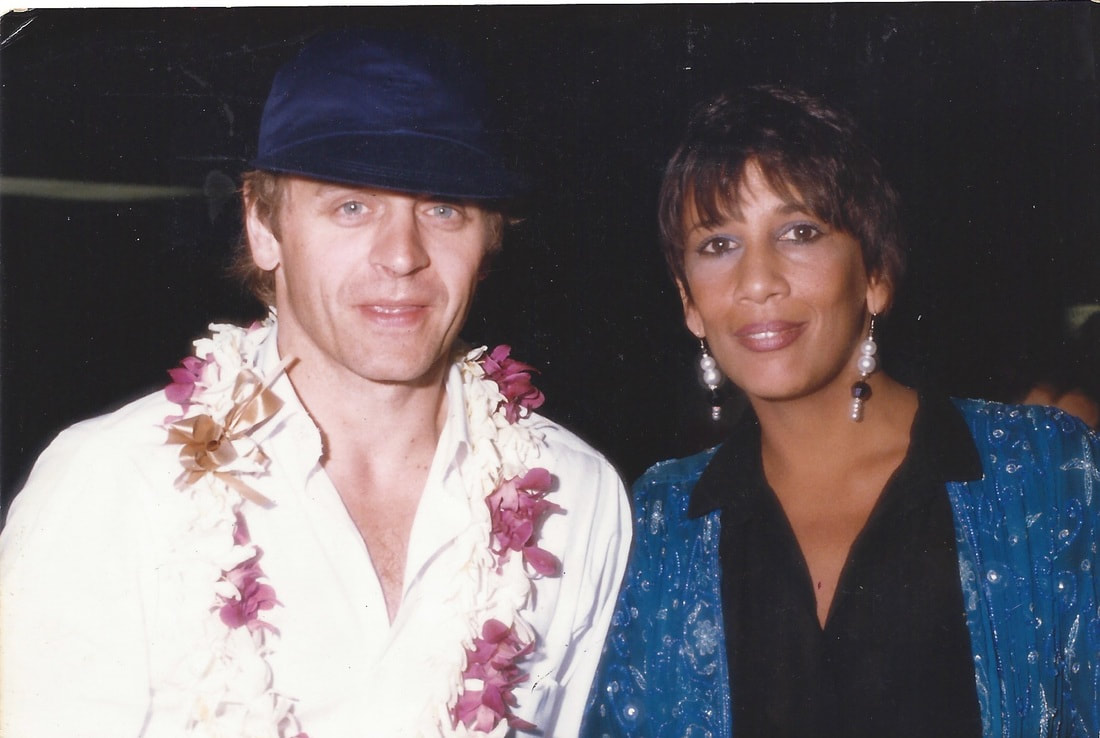 ​Lucia Kaiser and Richard Mondio were recognized for their extraordinary accomplishments to help others by President George H.W. Bush when their “You Can Make a Difference” nonprofit organization was hailed as a prestigious component of Bush’s “Points of Light” program.  Kaiser and Mondio were invited to the White House to receive their awards and were acknowledged by every major political force in the nation.

In 2009, Kaiser was honored in New York as the recipient of the Pioneer of the Arts Award, presented by famed actor, Geoffrey Holder.  The award recognized her tremendous contributions to the entertainment world.
Kaiser was a Keynote Speaker on Film Financing at The Venice Film Festival, where she received a standing ovation after speaking to an audience of over 1,500 people, including noted celebrities, CEO’s of film studios, and more.

Based on Lucia Kaiser’s many commendable accomplishments and continued life dedication to so many worthy causes, the 501(c)3 nonprofit organization “Student Body of America Association” recently recognized her as an Honorary Ambassador in appreciation for all she has done to make a difference and her positive impact on the world.  In 2014 The World Economic Forum in Davos, Switzerland voted Lucia as one of the 100 most influential women in America.
She has received numerous Awards for the past 10 years in NYC including, The HBO Legacy Award, The Global Empowerment Award at The UN, The "Lifetime Achievement" Award at The Cannes Film Festival, July 2021 and much more you can view on www.luciakaiser.com.

Lucia Kaiser has been an honorary panelist, working with a star-studded panel of judges, including Emmy Award winners and Broadway producers, for the New York New Works Theatre Festival, whose purpose is "to create a legitimate theatre festival that incorporated the Broadway community into an environment that truly supported talented writers at little cost for the participants.  Essentially, this is the first festival of its kind and we’re thrilled to be helping make the dreams of Broadway and T.V.’s next generation of writers become realities."  It is the first organization of its kind in New York.

Lucia is presently working on Producing a TV Series/Film/Documentary and Book on her life story.

​She continues her philanthropic work including fighting Human Trafficking with The UN/Destiny Rescue and Mosaic Foundation.
Contact Lucia